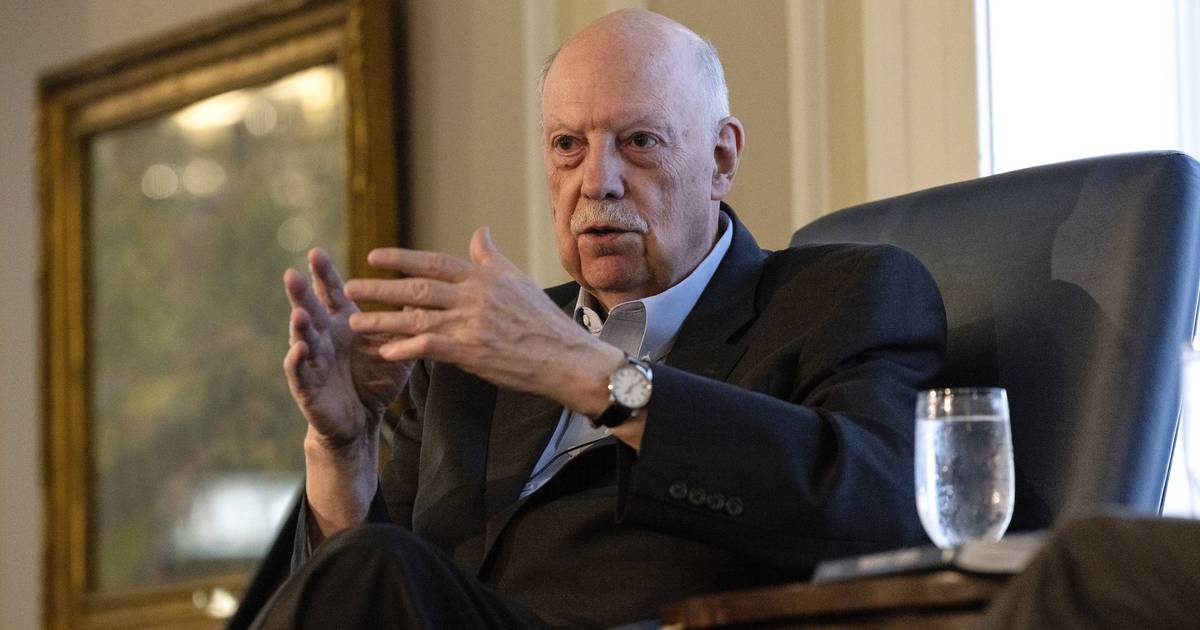 Dick Simpson has been an institution within an institution for 55 years as a professor at the University of Illinois at Chicago. Simpson, UIC Professor Emeritus of Political Science, has flourished in Chicago’s political and academic fields for decades:

As he wrote in the preface to his 2017 memoir, “The Good Fight: Life Lessons from a Chicago Progressive,” “I know how to make sausage, because I’ve been a sausage-maker.”

“If there is conscience in Chicago politics, it is embodied in Dick Simpson,” said former Chicago Tribune publisher, editor-in-chief, and Pulitzer Prize winner Bruce Dold. “Going back to his city council days, it was not like he and other independents could have won legislative victories. It was that, fortunately, there was a small group of thoughtful people who flourished when they stood for power. He was Richard J. It provided little control over Daly’s authority. Dick Simpson, Abner Mikwa, Bill Singer, Marty Oberman, they were so fearless. The thing with Dick is that he’s been a trusted critic for decades.”

Simpson retired from UIC this year and the political/activist who has for years shed light on local political corruption was honored last week by college alumni for his work and advocacy on behalf of American democracy. Having first looked at the rubber stamp city council between the mayor’s tenure as well as the council wars (1983–1986), it is easy to see why, over and over again, Simpson urged the public, voters and residents to return to government by the people. Assigned to the task, not to the people.

We spoke with Simpson about her transition from a front row seat all these years and found the words she wrote in 2017, “I want the wisdom I’ve gained to flow in the world. To help all of us in the good fight,” stay true. The interview has been condensed and edited for clarity.

Q: As long as you have institutional knowledge about the pedagogy and the city at UIC, when people remember Dick Simpson, what do you think they’ll remember the most?

Q: Is there anything that people don’t know about you?

A: I’m sure there are many things. For example, now that I have a little more time, I’ve been able to learn piano again by taking lessons at the Old Town School of Folk Music. Family is important and I am lucky that my daughter and her family have moved back to the Chicago area from Vermont.

Q: What will you miss the most from your former professional roles?

A: From UIC, maybe teaching. Although it is possible, I will go back occasionally to teach a future class, but it is very uncertain. I will not teach full time. I think my last book will come out next year and I probably won’t do more books but I really don’t know. I still like to be involved in politics and government. And I am happy when I get a chance to do so.

Q: Are you on someone’s roster to help out this election season?

A: Yes, I am. I’m on Lightfoot’s finance committee. I’m trying to help him get re-elected. I will help almost any aldermanic candidate who comes and asks how to run their election or if government officials, aldermen or others are trying to implement a policy or program and I can help with advice So I’ll give it. I’ve always noticed as part of my role as a teacher that the state of Illinois pays my salary to be a free advisor most of the time to people in politics and government. … I wouldn’t give advice for anyone who was advocating a white supremacist or fascist kind of program, but I’ve counseled Republicans and Democrats, independents, for the past five decades.

Q: What does retirement look like for you? More Books, Travel?

A: I have two more books in the pipeline, one out in late September, which is the third revised edition of 21st Century Chicago. And I have a book coming out next year this time called “The Modern Mayors of Chicago.” And it goes along with a chapter on every mayor, from Harold Washington to Lori Lightfoot, the best expert on the mayor we knew. I think right after the 2023 election will be interesting.

Q: What are your thoughts on all these long retired aldermen retiring as a former alderman, is that a good thing?

A: We have had two other major periods where a large number of aldermen were retired and replaced. The first was at the end of the council wars with the 1983 and 1987 elections. I think many aldermen are retiring now because like everyone else, they are also burnt by the COVID-19 period, it was very difficult to run their offices, handle city services. He had to learn a new technology like Zoom, like all of us did. And many of them have been in office for a very long time. In terms of city council, as near as I can tell, retirement is unlikely to change the balance. A North Side alderman, many of whom have retired like Michelle Smith, would be replaced by other more moderate aldermen, who would probably not be made chairman of the committee, like many of them have been. But Scott Wegspac will remain the most important member of the city council as head of the finance committee, so the north side will have basically the same aldermen. Rest it is difficult to say who will win the election in different wards. I think the bigger issue will be whether there are as many progressive aldermen elected next time around, and most retirements don’t come from that block.

Q: What do you think about Polling stations are being closed Before the November election? Is nothing less, when it comes to voting, a bad thing?

A: In general, that’s true, but we have two big changes in Illinois. The first was automatic voter registration, which meant that it was extremely easy to register voters. And it happened at the same time as the opening of early polling places. The second one that’s really prominent is the mail-in ballot. Now you don’t have to give excuses like ‘I’m going out of town’ or ‘I’m sick’. The increase in vote by mail is huge. It also changes the way we run our campaigns because now you have to do your ad and contact voters a month in advance instead of waiting for the last two weeks, which was the tradition. I think it would be better not to propose closing so many complexes, but I’m not sure that would be the main question. The main questions are whether we will develop a more participatory neighborly government and whether we will find more ways for citizen input and policy making. Links to administration have opened some of those avenues, but they have not opened neighborhood government and we have no regular channel other than budget hearings for voter influence. It’s going to be very important in the next four years that we need something like neighborhood government and we need better channels of communication with city hall so that voters can directly influence policies and decisions made by departments.

Q: Work is being done on the development of Bronzeville Lake. What are your thoughts on how this is going?

A: There are going to be three new major neighborhoods in Chicago over the next decade — Lincoln Yards, Neighborhood 78 on the Near West Side, and the former Michael Reese Hospital area in the Bronzeville area. One problem is that there isn’t a uniform system for allowing input. Take the example of Lincoln Yard. The community and aldermen fought very hard to create more public parkland in the proposal and while they did make some profit, it didn’t really happen the way the community or aldermen in the area wanted. Others I’ve followed less closely. But what bothers me the most is that it takes votes from the planning commission, votes from the city council, but it doesn’t require any particular level of community participation. And we’re talking about building three new cities that are over 20,000 units of commercial and riverfront development. These projects seem to be – because they are so vast – that there should be a regular participatory structure to allow for the inclusion of neighborhood concerns in their development. Because they will have a deep impact on the neighbourhood.

I learned in my old days that we have to create these structures (regular partnership structures) by law. When I was the alderman, I gave power to the citizens in the 44th ward. We had a ward assembly, a community zoning board and a traffic review commission. And I just promised to cast my vote for the outcome of their decision making. Citizens will not participate unless they know there is actually going to be an impact. They will not attend town hall meetings forever unless there is a guarantee that their vote is going to make a difference in the end. So you have to embed it in the law. They have done it in many US cities. Washington, DC has a strong neighborhood council system. New York has a strong school council system and more. There are even better systems in other places around the world. Since we were governed by machines for 150 years, we have never created a legal system that guarantees citizens’ rights to participate and a structure that is permanently in place, which they can use to make their ideas known and effective. can do for

Q: We are losing a lot of veterans who worked as community organizers and activists during the Civil Rights Movement. Are there some people to carry the torch for a more participatory democracy?

A: One of the courses taught at the university was the Political Science Internship Program. And in fact, we’re starting a fund to be able to provide stipends for political science students who otherwise can’t afford to become interns because they have jobs to get through college. I’ve had students from county boards to ambassadors, senators, presidential candidates. I am struck by the fact that there is still this desire on the part of many that I have gone out as students to see the world change in positive directions. So yes, we lose the elders. And I’m sure I’ll die before many years, but we not only have a great group of elected officials who are better-behaved in office, but behind them a cadre and generations to come who want to change the world. .

Australian petrol costs are set to stand up 25c a litre...